Now shipping to the UK!

Between thirty to one-hundred years ago, asking an employee to submit to drug testing as a condition of continued employment would be unbelievable and most certainly it would have been considered an invasion of employee privacy and a violation of employee rights. Today, such employee drug testing is so commonplace that it generates almost no opposition. 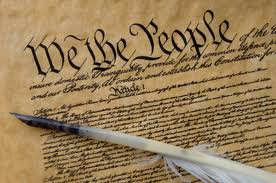 If It's Illegal, How Come We Have Drug Testing?

There is no constitutional prohibition or drug testing laws against private individuals or organizations conducting or requiring what would otherwise be unreasonable drug testing for conditions of employment or other similar reason. For example, a private employer may require an employee to submit to random drug testing as a requirement of continued employment even if that employee has never had any history of using drugs and is not currently suspected of using drugs. Employee drug testing laws and constitutional rights will not protect him (much).

Some states have tried to assuage the situation by enacting their own employee drug testing laws to guide employers in how and under what circumstances they may engage in drug testing their employees. However many states have not enacted any such drug testing laws. In those states, an aggrieved employee must let an arbitrator, judge or jury decide, as the case may be, as to whether the employer has unreasonably intruded into a person's right to privacy during the drug testing procedure.
Close
No results found for

There are no items currently in your cart.

items in your cart

Place your order in the next
and receive it
if you select Overnight Shipping!